I came up with the idea for these from the baby doll-robot spider thing in “Toy Story.” I wanted something more insect like. I started by making a square-ish frame, with “T” couplings for six legs.

I tried to proportion the legs to look more like a spider or insect with the leg pairings to each side of the creature symmetrical. I thought of covering the white PVC legs with strips of black garbage bag to give them a slick, “black widow” kind of look. My nephew Braxton and friend AJ helped me assemble and added a few creative ideas of their own.

We all liked the look of plopping a skull on to the neck stem- and also liked angling the neck/head in front of the body, rather than above the center as in the original concept.

Always go with what looks better!

Braxton suggested a blown up black garbage bag to serve as a kind of abdomen and AJ went home and made some where he used a black, partially inflated exercise ball for the abdomen and added a bunch of spray foam to add texture- which looks awesome!

In the end, I was way happy with these simple, creepy creatures. They don’t look like anything you’ve ever seen, which is even more disturbingly awesome! 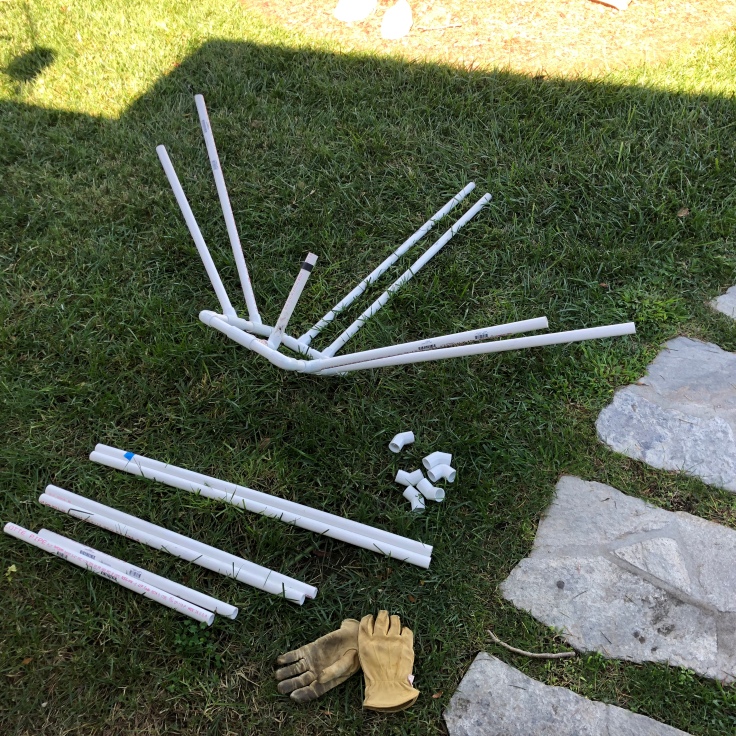 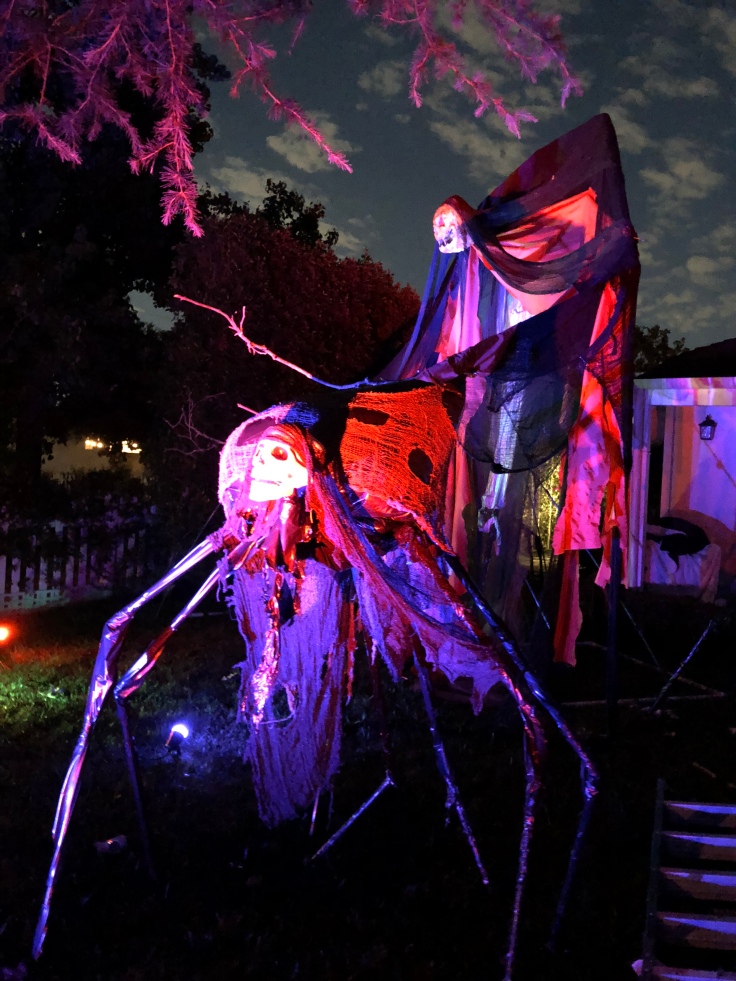